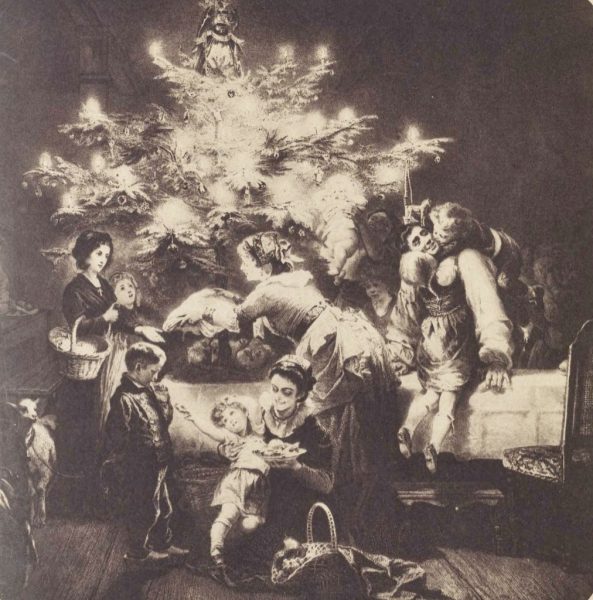 St-Josse-ten-Noode received the first sacks of flour from America on December 25 and 26: 200 sacks of flour, of which 176 sacks of flour of 64 kg to be distributed to the bakeries during the Christmas season: ‘L’ ALIMENTATION’. – La commune de St-Josse-ten-Noode, a reçu les 25 et 26 courant, 200 sacs de farine; 176 sacs ont été réparti entre les boulangers de la commune et 24 sacs ont été remis à l’Œuvre de l’alimentation de la commune. Chaque sac était de 64 kilos. (“FOOD’. – The municipality of St-Josse-ten-Noode, received the 25th and 26th, 200 sacks of flour; 176 sacks were distributed among the bakers of the commune and 24 sacks were given to l’Œuvre de l’alimentation of the commune. Each sack was 64 kilos (Le Bruxellois, December 30, 1914).

Le Temps Présent
The cover photo of the Christmas issue of the Belgian illustrated magazine Le Temps Présent shows a toddler, a hungry girl, taking a bite of a thick sandwich. It would turn out to be an iconic photo. The photo of the eating mite is still used to this day as a representation of food aid to Belgium during the Great War.

The caption contained an appeal from the newspaper to give money for food aid to Belgium. “Picture taken in Holland shows Belgian orphan eating her first mouthful of food after wandering two days alone and hungry. It is such waifs as this The Post’s flour fund will aid. Send your check today.”

War Bread
The American Edward Eyre Hunt (1885-1953), author of the book War Bread, published about his life in Belgium when he worked in the province of Antwerp for the Commission for Relief in Belgium (CRB).

In his book Hunt uses the girl’s photo (with the simple caption “War Bread”) on the frontispiece: the mite, enjoying a big sandwich.

Nieuwe meesters, magere tijden
The Print Room of the Museum Plantin-Moretus  in Antwerp keeps a drawing in black chalk by the Belgian artist Louis Ketels, dated September 4, 1917, entitled Refugee Girl in Breda.
A printout of the drawing with caption War Child, Child of the Account can be found on page 50 in Diane de Keyzer’s book Nieuwe meesters, magere tijden (New Masters, Lean Times), 2013.

The photo of the refugee girl has been copied exactly in mirror image by Louis Ketels!

A hundred years later, the image of the Belgian mite shows up again. The books WWI Crusaders (2018) and Yanks behind the Lines (2020) were published by author Jeffrey B. Miller from Denver, Colorado. The image of the refugee girl decorates the cover of both books. The author is grandson of Erica Bunge (1892-1986) from Antwerp, Belgium, who married CRB employee Milton M. Brown (1893-1979) from Cincinnati, Ohio. Miller describes the love story of his grandparents and the intense life of the young men and women who worked for the CRB from August 1914 to May 1917.

Looking at the photos, reading the captions, I wonder: was she a Belgian refugee in Breda, Holland or was she in Dixmude, Belgium? Was she an orphan? Has this really been her first bite in two days?

I became acquainted with Haustraete (Everbeek, 1878 – Ixelles, 1949) through his painted flour sack from Thompson Milling Co., included in the Moulckers Collection, St. Edwards University, Austin, Texas, USA. The child’s portrait on the flour sack shows a striking resemblance to the child’s portrait on the Christmas cover. In both paintings the child holds something in his right fist, on the cover photo it looks like a toy soldier, symbol for father, fighting at the front? The red flowers on the flour sack symbolize hope. The story of the flour sack is described in my (Dutch) blog of November 30, 2018 about the Moulckers Collection.

December call in the newspaper: “Go look at the American Sacks. Works made by workers. 105, rue Neuve, Brussels”.

In Anderlecht, near Brussels, an exhibition of art and crafts opened in December 1915 in the veterinary school, where works of art could be obtained through a raffle. The proceeds of the fundraising were intended for the local relief commission.

I suspect that decorated flour sacks would have been amongst the displayed artworks. The institute of the Sœurs de Notre Dame, a professional school for girls, was established in Anderlecht. They have decorated a lot of flour sacks in class during their lessons. The Herbert Hoover Presidential Library and Museum in West Branch, Iowa owns dozens of pieces of the students from Anderlecht.

Evariste Carpentier (Kuurne, 1845 – Liège, 1922) painted a flour sack from Preston Milling Co., Preston, Idaho, USA. As a leading painter and former director of the Academy of Fine Arts in Liège, Carpentier’s Christmas painting was photographed. The image was reproduced as a postcard, of which copies were sold for charity: the soup distribution in Liège. The postcards are still sought-after collectables.

During the Christmas and New Year period, the former students of the Academy in Liège organized the 15th Salon of Art and Applied Art, the proceeds of which were intended for, among other things, the “Solidarité Artistique”. The fund provided discreet assistance to the many poor artists who were affected by the war and occupation conditions. The program booklet contains various embroidery items from the ladies Irma Terhell and Nina Kepenne-Delheid, but I cannot tell whether they were decorated flour sacks.

In London, in the great hall of the Criterion building, an elite party gathered to attend a thé concert, organized by an extensive ladies’ committee, for the “Noël des Petits pauvres d ‘Anvers” (Christmas of the Little Poor of Antwerp). The concert started with an old dance of dancers in classical costumes, then some soloists sang beautiful songs. The following interlude included the sale by auction of a series of embroidered flour sacks. The auction raised 40 pounds.

Georges Desplas, who was mentioned on the program with the pompous title of “official speaker of the Belgian army”, … received much applause after singing his army songs. With astonishing energy, he acted as an auctioneer, improvising, who auctioned off decorated, in Belgium, embroidered flour sacks from WWI. He raised nearly forty pounds, which will be transferred to charity; the result of his wordsmithing…

At the end of 1916 and the end of 1917, the Belgian newspapers reported few articles about decorated flour sacks. The population suffered greatly from food, clothing and fuel shortages and ice-cold winters.

[1] ‘Doubleday-Page Photo’:
Note that the name Page refers to Walter Hines Page (Cary, North Carolina, 15.08.1855 – Pinehurst, North Carolina, 21.12.1918), the United States ambassador to the United Kingdom during WWI. Page had a distinguished career as a journalist and publisher before being appointed Ambassador in London by President Wilson in March 1913. Page was a partner of Doubleday, Page & Company, a major book publisher in New York City, from 1900-1913.